Last December, I brought my Tricopter V2.5 for a hike at the Allos lake (in southeastern France). The lake was frozen, it was the perfect spot to get some aerial footage with the tricopter. Flying in immersion with FPV goggles, and enjoying the view over the lake, surrounded by mountains, was really a nice experience!

The image isn't perfectly stable because the gimbal (the Walkera G-2D) wasn't working that day. The roll motor wasn't functioning due to a contact failure. I had to remove the gimbal and tape the GoPro directly under the battery tray. 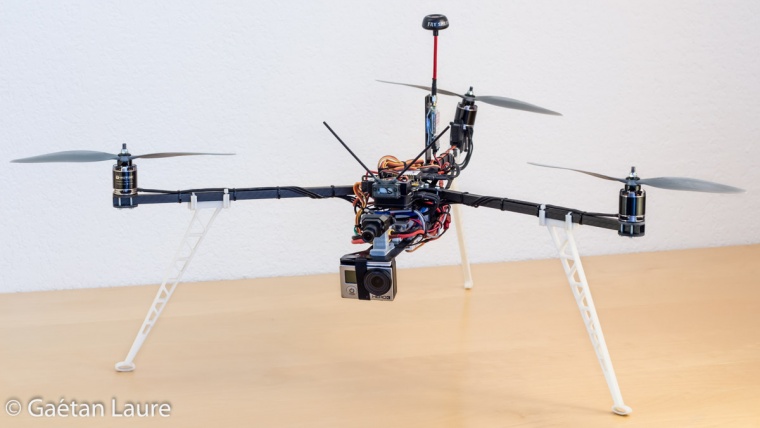 This is what the tricopter looked like during the flight.

Fortunately, there was no wind and the drone was pretty stable. In the video, there are no Jello effect thanks to the props which have been carefully balanced. I also slightly stabilized the video in post processing, using the Adobe Premiere Pro Warp Stabilizer.