The first drone I ever built is a tricopter!

Tricopters are multirotors that only have three propellers. The way tricopters fly is a bit different from quadrotors. Since they have an odd number of rotors, they need the rear motor to be tilted by a servo to control the yaw.

Tricopters have some advantages over quadrotors:

But they have some drawbacks:

I built my tricopter with wooden arms, from the design shared by David Windestål on his website RCExplorer.se.

Let's show how I built it.

The first step is to cut the frame layout in a 1.5 mm fiberglass sheet. 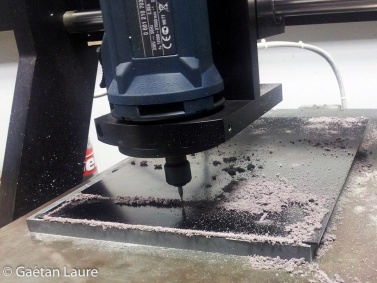 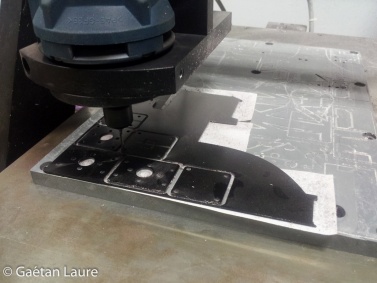 CNC cutting the frame and motor mount parts in a fiberglass sheet. 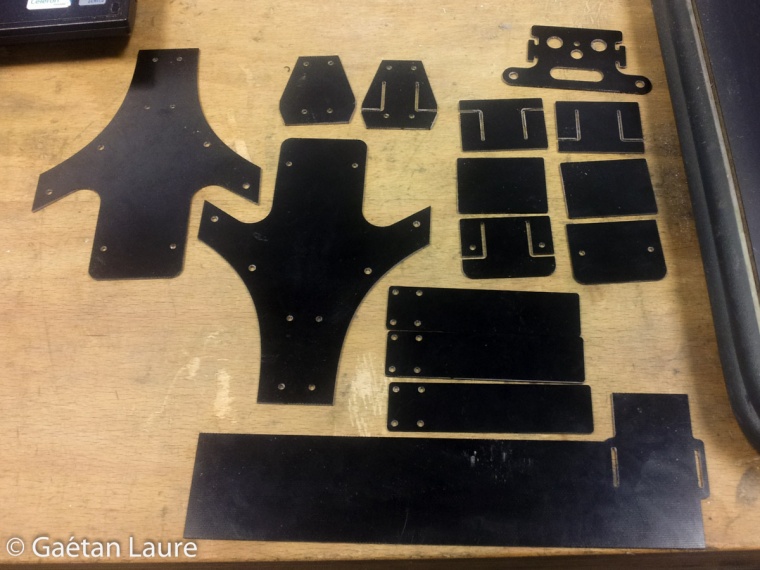 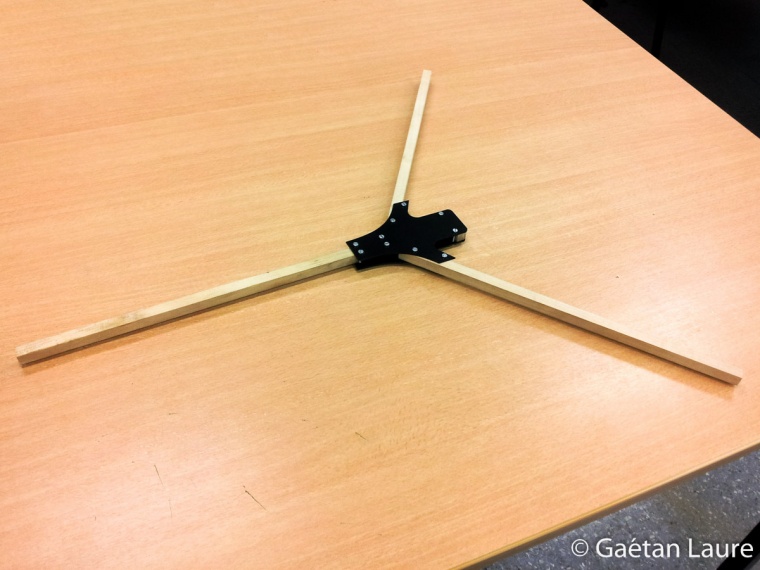 The frame assembled with wooden arms. 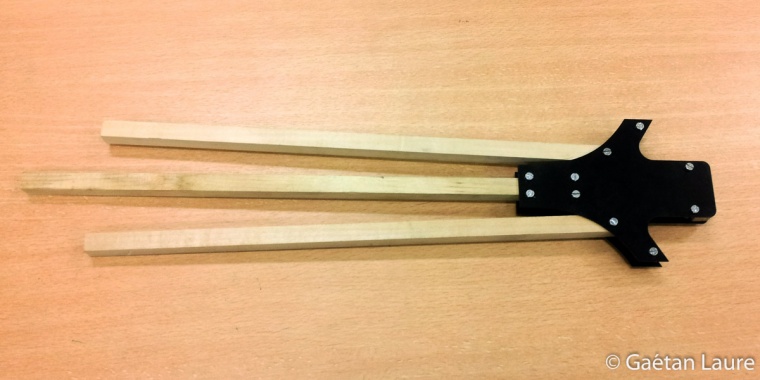 Arms can be folded up for easy transportation. It also prevents damage on the frame in case of a crash. 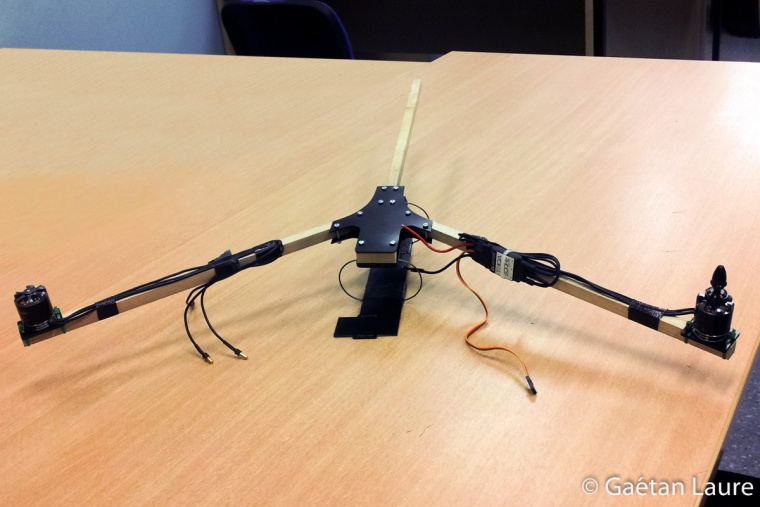 Mounting the motors and the battery tray.

The 3D printed "tilt mechanism" to control the yaw axis. It has been designed by David Windestål (the CAD file is available on his website). It fit perfectly the servo motor, a Turnigy TGY-210DMH. 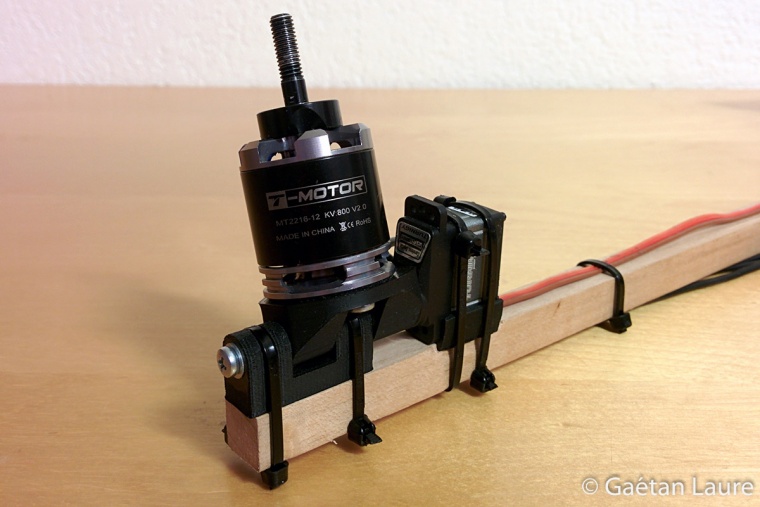 The tilt mechanism mounted on the back arm using zip-ties. Zip-ties act as a mechanical fuse to prevent damage in case of a crash. 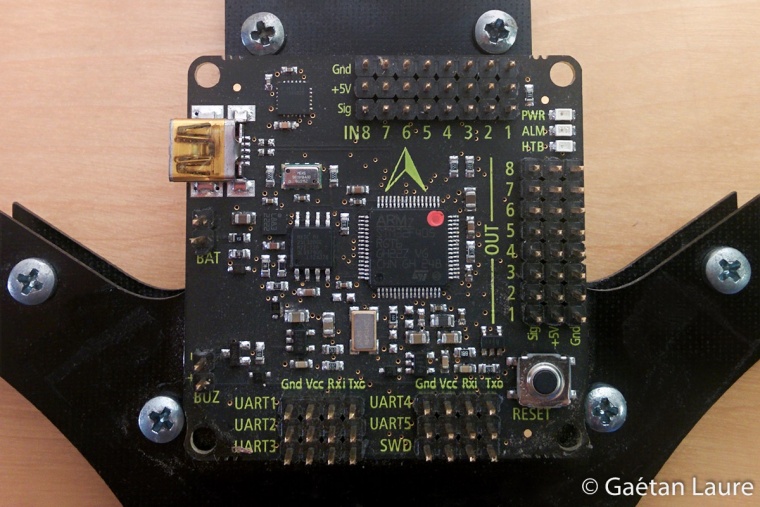 The flight controller used is the Quanton board (which is similar to the OpenPilot Revolution board). It runs Tau Labs's open source firmware. 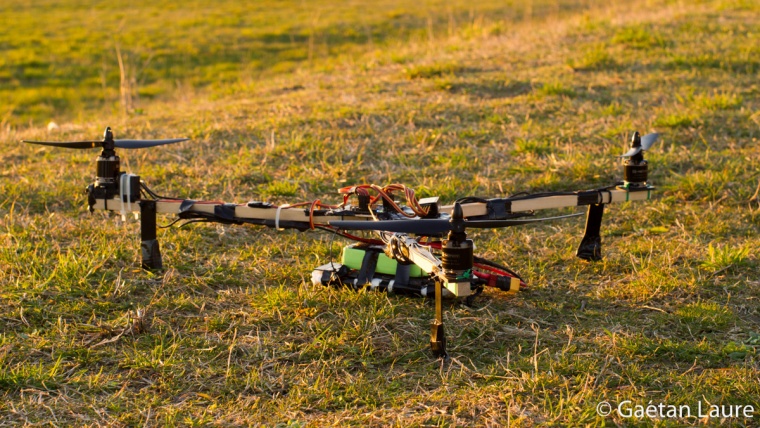 The tricopter is fully mounted and ready to fly. It's time to try it out. 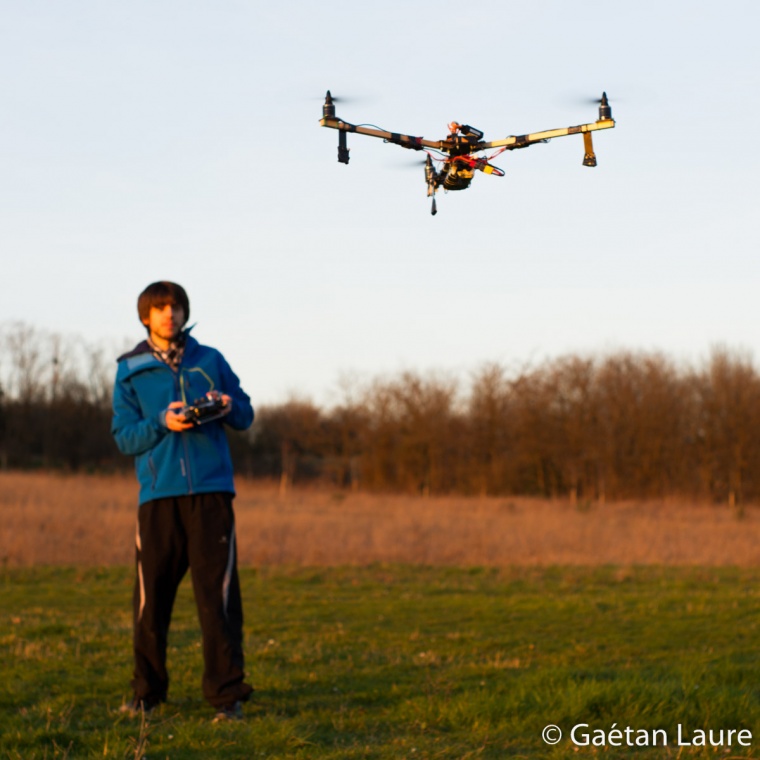 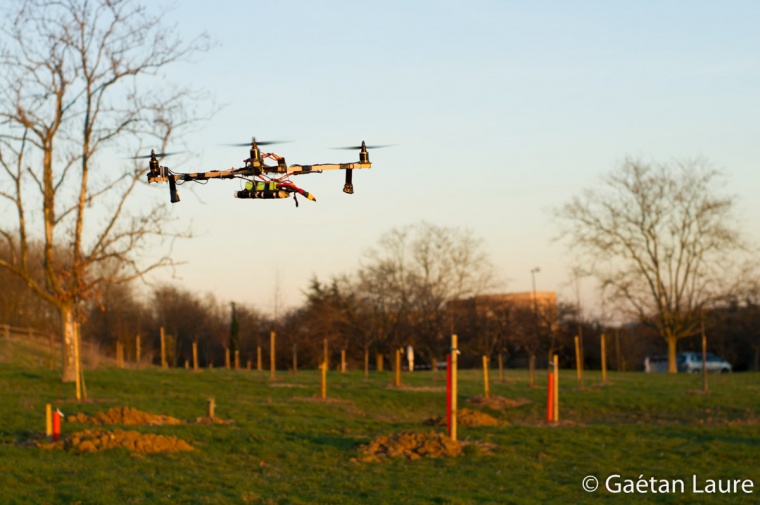 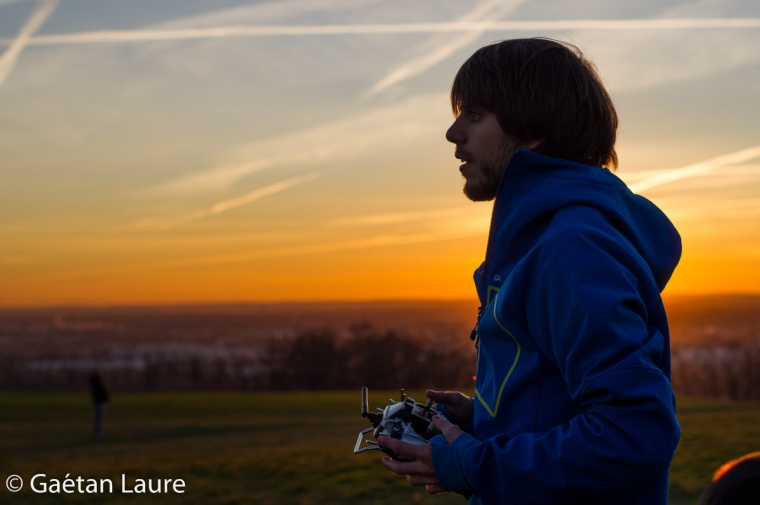 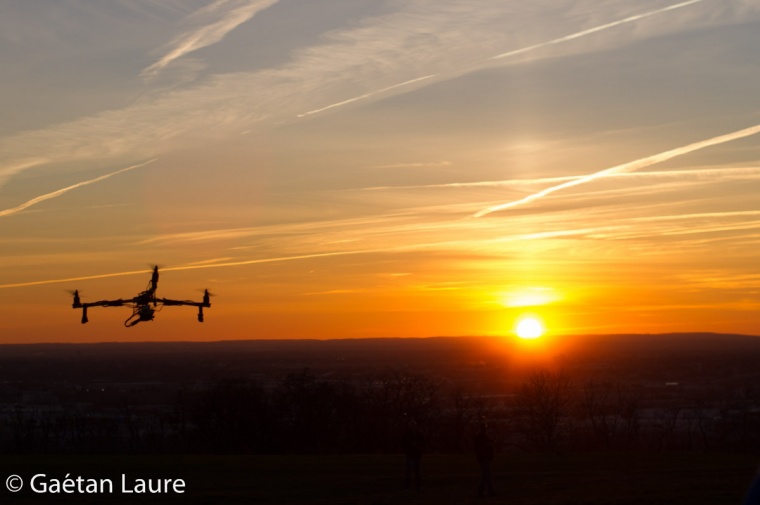 The tricopter flying while sunset in Toulouse!